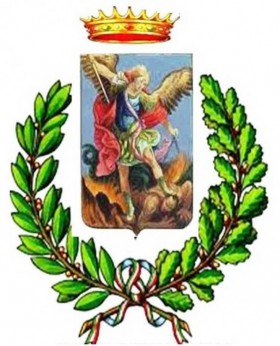 The parish of St. Michael the Archangel Caprarola (VT)

SAINT MICHAEL Our Parish Caprarola has always been placed under the protection of the Archangel St. MicheleMichele has always been venerated as the angel - warrior of God , clothed in golden armor in constant struggle against the patron Demonio.È main Italian city of Cuneo , Caltanissetta, Monte Sant'Angelo , Sant'Angelo dei Lombardi , Caserta.Difensore patron of the Church, his statue appears on the top of Castel Sant Angelo in Rome , which had become known as a fortress in defense of the Pope; protector of the Christian people , as it was a time of medieval pilgrims , who called upon him at shrines and chapels dedicated to him , scattered along the roads leading allemete pilgrimages , for protection against disease , discouragement and ambushing bandits . regarding its representation in the art in general , is of the largest ; every school of painting in the East and in the West, it has almost always depicted in the act of armed combat demonio.Sul Mount Athos monastery of Dionysius in 1547 , the three main Archangels are depicted as Raffaele in clerical garb , warrior Michael and Gabriel in a peaceful pose and represent the powers of religious, military and civil 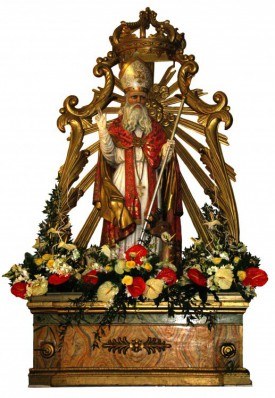 The patron of the Christian Community of St. Egidio Caprarola is ABATE . HIS LIFE Egidio , which means " son of the Aegean " , was born in Athens, Greece , from noble parents and Christians, between the sixth and seventh centuries . From an early age he began to love prayer, virtuous life and study. He was attentive to the needs of the poor and the sick who helped spiritually and materially. Orphaned still very young , he felt strong in his heart the love of Christ who called him to follow him in poverty and penance. Then gave up in favor of the poor and the immense wealth he had inherited " was enriched impoverished because changing temporal goods with eternal treasures " ( Life , written by a monaco in the tenth century). Meanwhile , while still living at home, and lived a solitary life of intense prayer . On Sunday he went to church to participate in liturgical celebrations and soon his reputation for holiness began to divulgarsi everywhere. But he did not like to show off. Indeed, gripped by the love of Christ , he felt compelled to follow him more closely eager to embrace with joy the life of a hermit in a distant land. Embarked for Gaul , Giles found in Provence the ideal place to realize his ideal of the Gospel. In Arles , the school of the holy Bishop Cesario , for two years formed the monastic life also participating in the life of the Church . But then, not being able to give up the ideal hermit , fled the city looking for a lonely place .

Hermit's life " Giles crossed the Rhone and began to look at the banks of the river Gardone a retreat suited to lead the life he wanted. For the divine met a hermit named Veredemo , eminent for sanctity and miracles. This man lived in a hollow of the rock ... Egidio then decided to live with him some time to receive instruction and edification . " This coexistence of the two holy monastic ascetics , like two stars , mutually edifying also lit up the poor and the sick who were receiving thanks for their prayers and healings . But our Holy fearing , once again , that the fame of the miracles might give too much glory among the people by taking away the merit before God, he withdrew from Veredemo going to live in a more wild and desert. He found a cave with a smaller source, and here he remained for three years, offering himself as a sacrifice to God for the salvation of men . In such severity the Lord had made ​​a gift of a doe who lived with him and that every day gave him his milk . Because of this animal that one day he was chased by the outline of the real king of the Goths , who was hunting in those parts, our hermit was inadvertently struck by an arrow . This was the occasion that , once again , it leaves our saint from his concealment. The King Flavio to repay him the gift of the land where he was the hermit's cell , even built him a monastery "to gather other servants of God who profess the monastic rule , they could serve the Lord day and night."

FATHER OF THE MONKS

At the insistence of the king, even if unwillingly , our hermit agrees to lead the monastery and become the spiritual father of the monks. " The king was very pleased and he built two churches on the site and according to the sizes desired by Sant'Egidio. One was built right next to the cave of the saint, in which he alone , as long as he lived, he spent his nights in intense prayer vigils " .. If the day is totally dedicated to community life and the guidance of the monks for whom Egidio not save no sacrifice at sunset retired to his lonely cave . And ' here that draws the love of Christ to speak to his heart : " Get up and come , my dove in the clefts of the rock ! " (Song 2:13-14 ) . Later , at the request of his monks insistent , the man of God was ordained a priest . " Erected at the top of this honor , which for him is really just a burden, since Giles began to afflict more of its body , enough already consumed abstinence , vigils , fasts and prayers more intense ." So much of life is the fruit of rigor that pushes him to imitate more and more Christ the good shepherd who sacrifices himself for his sheep and who invites us to follow him to the narrow path of penance and of the cross. If, however, it was hard on himself , he was sweet and discreet with others. In fact, it was those who ran " with a moderation so discreet that although they were appealing to take every day the Lord's Cross , was honored by all for love rather than fear ."

LOVE TO THE NEEDY

The love of God , nourished by continual prayer , spiritual reading , and by the sacrifice of the Eucharist, makes it very attentive and merciful to the suffering of others . Even as a boy , one day while on his way to Mass , meeting a sick man lying in the middle of a square of Athens, having nothing else to give, clothed him with his tunic. God also enriched it with the charism of miracles so often by her intercession the sick healed , the barren land fertile returned , storms quieted down , the possessed were freed . In this regard, one day, in a corner of a church , an evil spirit began shouting for the mouth of a demon : "O Giles, how many torments I suffer because of you ! At least for a while ' stop praying . " Another time, celebrating Mass , he obtained the grace of forgiveness for the king of the Franks who was ashamed to confess a terrible crime committed. Since then, the Abbot Giles was also sought after as a minister of reconciliation and powerful intercessor before God for the remission of sins.

SANT'EGIDIO THE CENTURIES The follower of Christ dies on September 1 in a year sometime between the eighth VIIth century. The fame of his sanctity soon spread throughout Europe , and his tomb became one of the most popular pilgrimage sites in Christendom . Honored as a great saint , Sant 'Egidio quickly becomes the protector that is often invoked and which are obtained many graces . In particular, it reveals itself as a powerful defense against any kind of fear, NERVOUS DISEASES , THE MALIGNANT FEVER , THE CANCER . Sant'Egidio in certain regions is invoked as intercessor against livestock diseases . In short it is a powerful protector to whom it is addressed not in vain : " The most blessed St. Egidio is the most stressed of all the saints to come to the rescue of the needy, the afflicted and the afflicted who turn to him " ( pilgrim guide Compostela , sec . XII) . For this is among the 14 " Auxiliary Saints " , revered by Christians as the most rescuers of Paradise. As a result of this cult were raised in honor of our holy churches and chapels a bit ' all over the world.

Beyond s. Egidio Abate and Saint Michele Arcangelo, in our community of Caprarola areother saints for which there is the great piety.First of all Antonio from Padua is S., veneratedin the church of Madonna of the Consolationwhere a time were anticipate the FranciscanFathers with they convent. The church is dedicated to Madonna but note the presence ofthe Franciscans in the statues, the paintingsand the piety that Saint Francesco and San Antonio from Padua joins.
LIFE DI S. ANTONIO FROM PADUA

Fernando di Buglione is born to Lisbon. To 15years he is novice in the nunnery of San Vincenzo, between Canonical the Regular onesof Sant'Agostino. In 1219, to 24 years, priest is ordered. In 1220 the bodies of five beheadedFranciscan friars in Morocco reach Coimbra,where they had gone to preach for order ofFrancis of Assisi. Obtained the permission fromthe provincial Franciscan of Spain and theagostiniano priory, Fernando enters in theromitorio of the Minors changing the name inAntonio. Invited to general Capitolo of Assisi, he arrives with other Franciscans to Santa Maria degli Angeli where he has a chance for listen toFrancesco, but not to know it personally. Forapproximately an alive year and means in thehermitage of Montepaolo. On mandate of thesame Francesco, he will then begin to preachthen in Romagna and in northern Italy andFrance. In 1227 it becomes provincial of northernItaly continuing in the preech work. The 13 june1231 are found to Camposampiero and,sentondosi badly, ask to re-enter to Padua,where it wants to die: it will die in the convent ofthe Arcella. 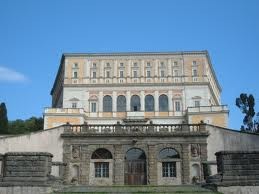 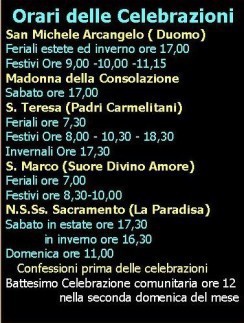 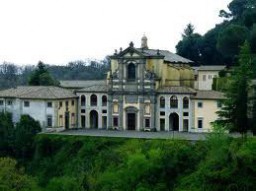 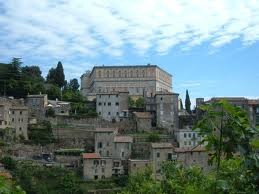 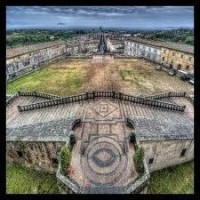